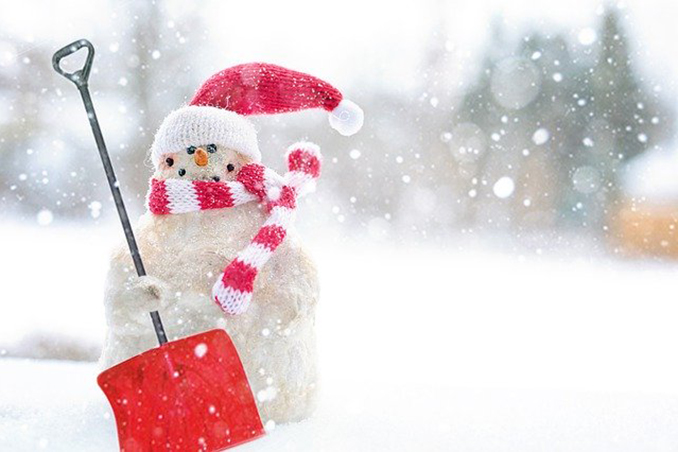 Isn’t it nice how we all start the New Year off with such a positive attitude? Everyone is still feeling the joy of Christmas and every phone call, email, greeting at the store or on the street begins with that Happy New Year! And rightfully so. It’s a great time to be cheerful and optimistic about our lives, our work and our future. But it will inevitably wear off and we will soon be grousing about the cold, the snow—WINTER. That is everyone except those hunkered down in Florida, Arizona, Texas, or anywhere down south. Regardless of the weather or where we live, maybe we can make that good cheer last a while longer. That’s a simple enough resolution.

Patti and I enjoy the Winter. It starts to get to you when Winter won’t let go in March or April, but for the most part we are fine with it. Nothing takes the edge off a blustery January day more than a hot cup of ________ (tea, chocolate, coffee, or something stronger) and a nice warm fire in the hearth. That’s a problem if we are looking for firewood in May, and not for an outdoor firepit.

January is also special for us because this is our anniversary month. This January 4 marked our 28th year of married life. It’s our annual anniversary tradition to go to the Holiday Flower Show at Phipps Conservatory in Pittsburgh. We had some of our wedding pictures taken there and we have gone back every year with only two exceptions. Below is a photo from 1992 and another from this year’s anniversary. One look at me and it’s not hard to know which year each photo was taken. Patti is another story.

For the Polish Falcons, 2019 ended on a deeply sad note as our Legion of Honor Grand Master, Frania Tracz, passed away suddenly and unexpectedly on December 10. I attended the Falcon services at the funeral home and the funeral mass the following day at St. Michael’s Church. I was honored to serve as a pall bearer. It is hard to describe the depth of the sadness of the Members of District V. The time of year, the suddenness had about everyone using the same word—Unbelieveable. Druhna Wendi Kowarik, Nest 36 President and a great friend of Frania, delivered a moving eulogy at the funeral that perfectly captured Frania’s life and the memories we all share.

Frania was such a dedicated Member of the Polish Falcons. Her devotion to the ideals and principals was unmatched and unwavering her entire life. Fittingly, her dedication to the organization was rewarded in 2016 when she was elected as the Grand Master of the Legion of Honor. She was the ninth Member to hold this prestigious position and she truly shattered the glass ceiling by becoming the first woman to be elected Grand Master.

Frania was so proud to be the Grand Master. She wasted no time in making changes to improve the awards program. She convened a meeting of the Commandery in 2017 and again in 2019. Her desire was to encourage Nests and Districts to nominate more deserving Members for the Awards they so richly deserve.

For the National Convention this year, Frania was also preparing for the celebration of the 95th Anniversary of the founding of the Legion of Honor in 2020. Just a week before her passing, Frania, Vice President Trish and I had a meeting to discuss the meeting of the Legion of Honor Conclave at the National Convention, and how we were going to mark the Legion of Honor anniversary. Frania was thrilled at the prospect of this celebration. While we still celebrate this momentous occasion this year at the Convention, it will be marked with sadness knowing Frania will not be there to share it with us. But I know that her spirit will be in the room during, just to make sure we do it right. May her soul, and all our departed Falcon Members rest in peace. Czolem!

Just a couple quick items. The National Convention will be here before we know it. We are preparing announcements for the next issue of the magazine and the website. I will keep you informed about what is happening and what you need to know about the Convention.

Also, in addition to the Convention, 2020 is shaping up to be another busy year for Polish Falcons. Druhna Puskar is working hard on the upcoming youth programs. I am also working out the final details of a new and exciting trip to Poland in the Fall.

To help keep Members informed about what is happening in the organization, Communications Director Courtney Caughey-Stambul has started a new weekly news feed that is delivered by email. If you are not on our email list, click here and get registered so you don’t miss any of the things that are happening with the Polish Falcons.