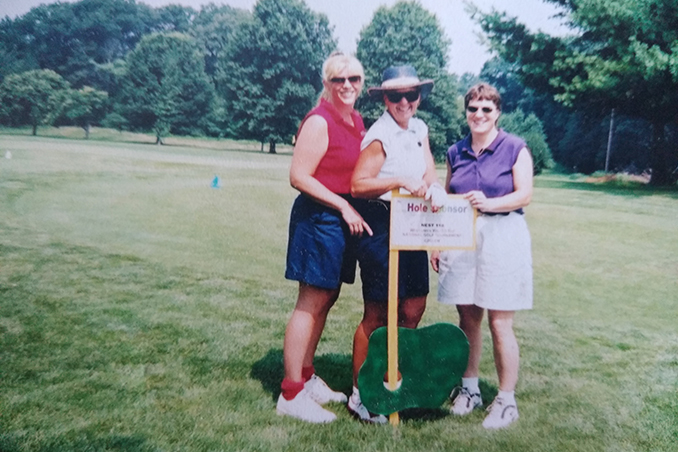 Life is funny! We experience the butterfly effect so many times.

I went to the National Bowling Tournament in 1994 in Southgate, Mich. I ran into a friend of mine (whom I had met at Falcon Camp when we were kids), Terri Noga-Starnick. During one of our chats, Terri asked why I didn’t attend the National Golf Tournaments? I went home and asked my then husband, Rick, if he would like to go to the National Golf Tournament in August being hosted by Nests 493/493A in Batavia, N.Y. Rick suggested I call my friend, Bill Eveland from Rochester, and ask if he would like to join our group. Bill asked Rich Young to join us (all of this is important to the story!). Our foursome was one woman with three men. I didn’t give it a thought; I golfed with Rick all the time. The next year, we golfed in Erie, and again I golfed with Rick and two other guys.

Well back in those days, the women and men (oh my!) were not permitted to participate together. The tournament chairs didn’t understand how I managed to golf with Rick once, let alone twice!

I thought that was nonsense and told Rick I was going to start attending Nest meetings. I did, soon I became Nest 118 Vice President. In 1996, the National Convention was being held in Pittsburgh; I attended as a Delegate (whole new experience, but that is another story!). I put this in as a motion (that men and women could golf together); the Convention decided that was a Golf Commissioner issue.

My involvement on a Nest level continued. In 1999, Dolly Kokoski suggested I run for District IV President (I served for one year as I was not permitted to hold a National and District Office at the same time.). I was now very involved on a Nest and District level as well as National Golf, Bowling and Volleyball Tournaments.

In the fall of 1997, Anthony (Dutch) Surman called me and suggested I run for National Office. National Secretary/Treasurer Ted Kokoski was retiring in 2000. I found this quite amusing! Rick did not, and he thought I should consider it.

At the National Golf Tournament held in Saginaw, Mich. in 1998, Bobby Joe Gorny (I did not know him at the time), came over to chat. He told me that he was going to run for Second Vice President (not expecting to win, just to get his name out there) and thought I should do the same. I told him that I was signed up for classes the upcoming fall and that I was contemplating running.

At a District IV Oplatek in Donora in 1999, I suggested to Tim that he run for Secretary/Treasurer as I wanted to be National Vice President (I don’t think he appreciated that!).

Fast forward to springtime, I was asked to come into the office to meet with Wally and Tim. Tim had changed his mind and wanted to run for Secretary/Treasurer – would I run for Vice President? Now, while I was meeting with Wally and Tim, Rick was in Ford City meeting with Val and Mary Jo Wojton picking up “Vote for Trish for Secretary/Treasurer” giveaways (I learned to just get “Vote for Trish!”).

I shall miss seeing the golfers this summer. I don’t golf much these days but I go to the tournaments.

Hope all is well with all of you. Keep safe and healthy! Czolem! 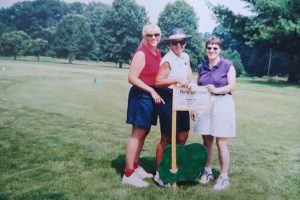